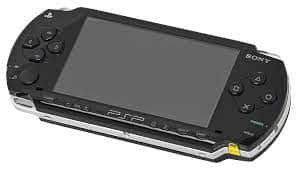 For the purpose of this article, we will be considering the top 10 best PSP emulators for PC. Also, all the PSP emulators that will be discussed here are all available for  Windows 7 , Windows 10 and Android in 2022.

Before that, it’s possible you don’t have a clue of the meaning of what we call the best  PSP emulator for PC. Here you get to know that the main purpose of  PSP Emulator is to convert your device’s platform into one that can be used with a certain game or software on the PlayStation. To accomplish this, PSP Emulator has been developed and it allows you to play PSP games on your PC and Windows . Apart from this,  PSP emulators also operate on Android devices making it possible for you to enjoy PSP games on your android smartphones.

Right now, have you ever noticed that the older we become, the more we find ourselves drawn back to the activities we used to enjoy as children? A large number of lovers of PlayStation games are still interested in playing those interesting PSP games such as GTA, Spider-Man, PES, Resident Evil. Metal Gear Solid and the likes.

All the games mentioned above and among others are game titles that previously helped Sony PlayStation become the most and best-selling platform in the world. However, what should we do if our actual system is no longer available and there is no way to get genuine PSP game discs? Is this a sign that we should abandon our vintage aspirations? We’re not going anywhere for the fact that we have our Windows and PC nearby! Emulators are those magical gadgets that may be of great assistance in this situation.

Nowadays , due to the wonderful work of thousands of dedicated developers, there are various excellent software programs that enable you to play PSP game discs right on your computer or PC without experiencing any difficulties.

The following is the list of top 10 PSP emulators for Android, Windows and PC in 2022. These PSP emulators are organized by their popularity and their quality. Feel free to choose the one that best matches your requirements and hardware, then download the best PSP ISO for it and start enjoying your PSP games on your windows and PC.

It is very important to note that all the PSP emulators listed here are available for PC and they be downloaded by clicking on the links provided below. 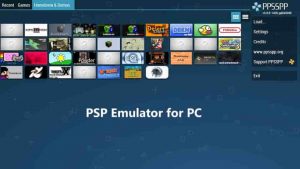 PPSSPP is regarded as one of the best PSP emulator available for PC to download and it is also available for  Windows and Android.  Despite the fact that it has less capabilities than KOREOZ’s emulator, it is still remain one of the best PSP emulators for Windows 7 and 10,  PCs and Android in 2022. It is compatible with Windows XP and subsequent versions of the Windows operating system, and also the  prior versions of the Windows platform (94 through 98), and again the Microsoft’s DOS system software.

PPSSPP is also available for different operating systems such as those found on Android-based smartphones, the iPad console and the likes. It is also important to note that PPSSPP does not require any form of plugin before it can be used , in contrast to KOREOZ’s emulator. 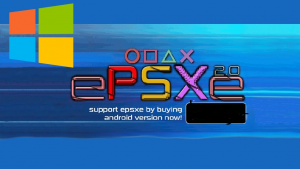 ePSXe is without a doubt, the greatest and the best PSP emulator for PC download (Windows 7 and 10). It is necessary to have a particular BIOS file in order to operate ePSXe, This can however be got online and with  this application, you’ll be able to play games from disks or pictures that have been transferred from Playstation games on your PC. The vast majority of PlayStation and PSP games work flawlessly while using ePSXe. 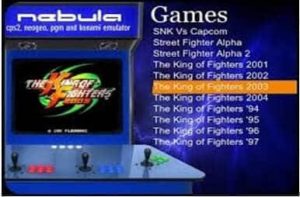 This is another best PSP emulator for your windows 7, 10, PC and Android you can download .  Nebula emulator comes from the project team Noobz and  this emulator was released by GPL v3 . The most recent version released is “Nebula-2.2,” which is available for Windows 7, 8 Vista, and XP operating systems.

For Nebula’s newest versions, it also provides support for Android-based devices, making it possible to use the emulator on android and other smartphones. Again, Nebula is available on Linux computers,Mac systems that have an operating system comparable to or newer than OS X 10.5 Leopard. 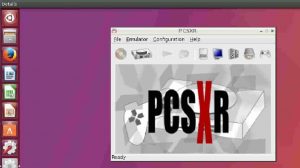 PCSX-Reloaded is also one of the best PPSSPP emulators for Windows and PC in 2022. This emulator (PCSX-Reloaded) project came out of the PCSX emulator, which had already been abandoned.   PCSX-Reloaded is quite different from the other software for the fact that it does not need the actual BIOS file, as it does with the others.

This emulator has reasonable compatibility with the majority of PSP games. Also, PCSX-Reloaded is available in different versions that are compatible with not only Windows, but also the Android, Mac and even Linux operating systems. 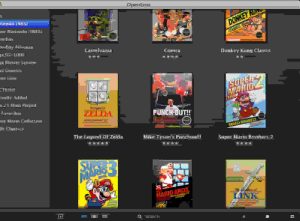 This is yet another best PSP emulator for PC, Windows and Android . OpenEmu is a program that emulates gaming systems. OpenEmu is a game emulator that has already achieved legendary status. One of its main advantages is its visually appealing interface, which was created to make control as simple as possible and yet allows the users to fully immerse themselves in the game.

Some simple task such as addition of games have been simplified to the greatest extent possible; this also includes the use of drag and drop to complete the task manually and scanning the system in order to make the process fast .

For instance, PSXeven has a user-friendly interface, which clearly distinguishes it as one of the finest in its category. Similarly to the previous emulators mentioned, the original BIOS is necessary in order to play your favorite games without stuttering.

pSX emulator is actually a free video game console emulator for the Sony PlayStation. Virtually, pSX is among the best PSP emulators for Android, Windows and PC. A a file containing the PSP BIOS dump is needed before it works perfectly, just as you did with the other emulators mentioned above.

pSX supports disk images in a variety of formats, such as ISO, bin,.cue,.ccd,.cdz, and.img.  pSX operates all these without causing any apparent delays or freezes.

BCPSP is also regarded as one of the best PSP emulators for Windows, PC and Android. This is owing to the fact that the emulator is designed to be easily accessible by gamers. Apart from this, BCPSP  is capable of running the vast majority of games, which contributes to its extraordinary and overall user satisfaction recommendation. Also, the majority of PSP and PSX games operate well on this emulator; certain titles, however, take a bit longer to load and play than others.

This is another best PSP emulator for PC, Windows 7, 8,  XP and Vista. Dop-Mate emulator is compatible with DirectX 9 hardware acceleration and is available for free download. This PSP emulator also supports many  plugins and emulates the popular Sony PSP 2000 hardware which making it a great choice for gamers.

Also compatible with a broad range of different video game systems. Dop-Mate also allows you to play both new and old games on the same system.

This emulator is a fantastic alternative to the actual PlayStation console. ePSXe supports the play of games from other platforms like Master System, Game Boy and Genesis. The primary goal of this application is to enable you to play your favourite PlayStation games on your computer; nevertheless, there have been no significant changes made to the tool in version 2.6. Trust me, ePSXe is the best PPSSPP emulator for PC and Windows.

Again, ePSXe has just been upgraded to support Windows Vista and Windows 7. So if you are the kind running one of the two mentioned operating systems,  then I can say you are in good fortune.

Some additional well-known PS emulators include PCSX (which is a fairly excellent emulator that has inspired a slew of spin-offs), MESS emulator (not very strong but is nonetheless a respectable tool that supports a large number of vintage games} and AdriPSX.

You will need to perform the following: install the application, download the picture of the game, and then you may enjoy the passing procedure. The number of options available in such programs is limited.

Through the use of the emulators discussed above, you can actually transform your computer and PC into a gaming console and play vintage games that have only positive memories attached to them.